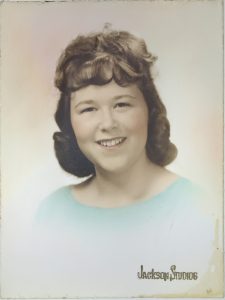 Where do I begin?

It’s been a rough couple of weeks.

It started with a heatwave.  The biggest one we have had this summer and possibly prior.  It got up into the 100’s here in the valley and that is pretty much unheard of.  We get a couple of weeks of good heat each summer.  Never enough to actually get air conditioning installed, but enough to make it fairly uncomfortable unless you are laying perfectly still in front of a fan going full blast.

We also live out in a wooded area and it is California.  If you know much about California, you probably know that we are tinderbox of a state every summer.  One false move and the whole place could go up in smoke.  It’s even more dangerous when there is excessive heat.  I think you can see where this is going…

The Saturday night before last, we had thunderstorms.  Not the kind we used to get back home with downpours and wind and all that jazz.  In fact, we got no rain at all where I live, but lots of lightning…that is what is referred to as Dry Lightning and it is dangerous AF when you are in the middle of a bone-dry summer.

This lightning storm sparked all kinds of fires around the state and one of them was fairly close to where we live.  Not anything we had to really worry about, but it made everything extremely smokey and ash rained down all over a ten mile radius of the fire.

The following Tuesday, I was on my way home from work early.  My stomach hadn’t felt good all day and all I wanted to do was come home and lie down.  I got about two miles from my house and was passed by a fire engine heading in the direction I was already going.  I knew that wasn’t a good sign, but there is an assisted living home that is a quarter mile from our house and sometimes the fire trucks come out there on medical calls.

A couple of minutes later I was passed by a Cal Fire pickup truck.  Now I KNEW it wasn’t good.

As I crested the last hill towards my house I saw the smoke in the sky and the panic I had been trying to suppress hit full swing.  I pulled into our driveway and Rob met me out by the car.  I asked how far away it was and he said the nearest he could tell it was bout three miles or so up the hill.

The rest of the afternoon was spent monitoring Facebook community groups and the Cal Fire page trying to find any information on the spread of the fire.

Rob was quite confident that we would be fine for the night as it would take at least a day or so for the fire to travel the terrain it would need to go to get near us.  I was not so sure and told him I would feel much safer if we voluntarily evacuated to his dad’s house.  He begrudgingly agreed and we packed up the pooches, a few important items and left.

The next day I headed to work and Rob headed back to our house.  The smoke was thick and the fire was raging but he was very insistent that we weren’t in any danger, after all they were evacuating people to a place less than a mile down from our house so we must be fine.

When I got home from work, I reluctantly agreed to spend the night if he was SURE that we would be fine and then we settled in for the evening.

Around seven that night we were watching the Cal Fire press conference on the fire when they announced that they were evacuating  up to a quarter mile above our house.  We were alarmed and talked about evacuating.  A few minutes later, Rob was outside and happened to see our neighbor who is a firefighter.  He told Rob that he had been pulled off the line fighting the other fire near us and told by his bosses to go home and prepare his home for evacuation.

The fact that this fireman was pulled from active duty to go evacuate his house by people who SHOULD KNOW gave us a good scare and we spent the next two to three hours packing up everything we deemed important and loading up our cars.  We showered and then headed over to his dad’s house to stay for a few days or more.

That was on Wednesday.

On Thursday I called my ailing Mom and she expressed concern over what was going on.  I didn’t really let her know the severity of the situation, just that we were hanging out at my father in laws to be extra safe.

Mom hadn’t been doing so well over the last year.

A few months back she finally admitted to her legs swelling…she has apparently been hiding it for quite some time.  From myself, my brother and the CNA’s at her assisted living home.  When they got too big for her to function very well, she finally fessed up.  With some convincing from the staff at her apartment and my brother and I, she finally went to the hospital.

She was in there for quite some time.  In addition to the largely swollen legs, they found fluid in her lungs and around her heart.  They said it was a form of CHF brought on by the fact that she never used the CPAP machine she was prescribed 10 to 15 years ago because it was uncomfortable.  Welp, uncomfortable as it was, she needed it for a reason and now her heart was struggling so hard each night that it couldn’t keep up the battle with her lungs…or something like that.

The end result was CHF and some blood clots in her legs because she had let them get so big and was so sedentary.  At least that is how I remember hearing about it…it’s been a while now.

She was put on blood thinners and stayed in the hospital for a couple weeks before being transferred to a rehab where they were trying to build her strength back up.

She walked a slippery slope with diuretics.  They pumped her full of them to help get the fluid out and then her kidneys would show some damage from it.  They would back off of the diuretics and she would fill right back up with fluid.

Long story short, she was in and out of the hospital a couple of times and eventually wound up back in rehab this month.  It a facility that has a rehab, a nursing home and a hospice all in the same large building.  Her first visit there was in the rehab.  On this visit she was in the nursing home facility because she needed extra care but she was still receiving PT and OT.

They just couldn’t keep the fluid from invading her body and in the end, she was given the choice of going back to the hospital or being transferred to the hospice unit in the facility.  She chose hospice.

Less than two days later, she was gone.

The day she was transferred to hospice, I had gone off to work.  We were still evacuated from our house due to the fires and Rob had gone home to see if he could pick up some more stuff we forgot to get before the evacuation became mandatory.  My brother called him that morning and let him know what was going on.

I got a text from Rob saying to call him, it was about my mom and it was important.

The short of it is that she was being moved to hospice and I should call her ASAP because it didn’t sound good.

I went into the conference room at work and called. While they didn’t have a phone in her room, a nurse brought her cell phone down to mom.  Mom of course couldn’t hear me because she was over half deaf and the nurse went to fetch a portable phone.  Mom could hear me on that but then my cell dropped the call.

I called back and didn’t get an answer.  It was like the worst possible comedy of errors I’ve ever experienced.  I was frantic at that point.  I ran outside to get a better signal and finally got a nurse on the phone.  I was crying and explained what was going on.

She said: “Baby, you can’t talk to your mom sounding like this, she’s going to get upset…” and tried to calm me down.  She told me that I was lucky that my mom was still coherent and talking and I would be able to come visit her before she passed.  I told her no, I wouldn’t.  I lived in California.

She got real quiet and then asked if I had any video chatting on my phone.  I told her I had facetime.  She told me to take down her cell number and facetime her, she would bring me into my mothers room.

An that is just what I did.  She was an angel. By that time my brother was there so essentially, my mother got to have her two kids “in the room with her” one last time.  We didn’t talk for long because she was tired from whatever drug they had given her.  That was the last time I talked to her.

I tried to call her again the next day (Saturday) but she wouldn’t wake up for the nurse to get the call.  The nurse even put the phone by her ear and asked me to talk hoping it would wake her but that didn’t happen.  All I heard was this horrible rattling from her lungs.

She passed that evening.

Since then, I’ve been shifting from numb to sad to angry to everything in between.  All of which while wondering if we were going to have a house to come home to.

The mandatory evacuation for our house was lifted today and we were able to come home.

The fires are not over by any stretch of the imagination, but at least they are starting to get contained and the air quality is so much better right now. *knocks wood*

I don’t have a clever way to end this and I apologize that it was pretty all over the place.  I had to get up and walk away from it several times to collect myself.