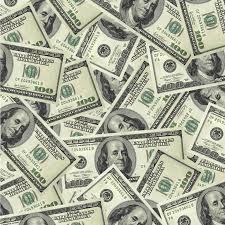 At my office we play the lottery twice a week. It is not mandatory and I shudder to think of the amount of money I have actually put into it over all these years (please do NOT do the math for me, I am purposely blocking it out!) but I have to play it. It’s the same reason my mom had to play it every week when I was growing up. It’s the dream of “what if?” What if I don’t play and we win this week?

My favorite game to play is “What would you do if you won the lottery?” I’ve been playing this game since I was a kid, fueled by my mother’s dreams of winning the Megabucks lotto when we lived in Maine. It is an extremely fun game to play and I am pretty sure that anyone who has ever bought an actual lottery ticket has played this game. Even if you don’t actually gamble, you can still play the game, you just won’t have that hope in the back of your mind that it could actually come true.

The first thing I would do if I won the lottery would be to keep it as secret as possible. I have heard the horror stories of all the family and “friends” that come crawling out of the woodwork when you hit it big financially. I know who my friends are and I know who I will want to help. I’m generally a good hearted person and I want to help out people when I can but if I were to give money to every sad sack story that came my way from people I said hi to once when I was 14 years old, I wouldn’t have any money left over. I don’t know how logistically it would work to keep a big financial windfall secret, especially if it came by way of something so public as the lottery, but I would sure try. On another note, I would also try my hardest not to turn into a total bitch. There is a fine line between weeding out the people that are simply out to make a quick buck of your good fortune and being an ice queen with a heart of stone. Having said that, I’m sure I would have to develop a thicker skin because the people that I might refuse help to would probably not be the nicest to me after I say no.

Wow, I can easily see how some people say that they wish they never won the lottery. There are sure a lot of these things to think about. But enough of the negative! Let’s get on to the fun part of the game!

One of my first orders of business would be to get my Mom set up in the best assisted living apartment money could buy, pay off any debt she might still have and set her up with an accountant to work with her on a living allowance.

I would buy our house from Rob’s parents and pay SOMEONE ELSE to renovate the upper and lower cabins, maybe the main house too while Rob and I stay at a luxury hotel. Hmmm…that sounds nice.

I would buy my brother and his wife a house in the location of their choice, as well as making sure Rob’s family had everything that they might need.

Now that I have helped out our families, here comes the fun stuff! I would travel. EVERYWHERE! Europe, Cruises, Road trips across the states in an RV…yes please! All of the above and more.

When I had gotten my fill of traveling I would probably have to take a volunteer or part time job because after a while sitting on the couch watching TV or crocheting would start to make me a little batty. I would love to volunteer at a no kill animal shelter, or even better start a rescue farm for dogs. I would for sure pursue my wannabe hobby of photography. I love taking pictures but camera equipment is so expensive! Not a problem when you are a millionaire!

I would buy Rob his own recording studio so he could play and record his guitar to his heart’s content.

There would of course be a personal trainer and a private chef so that I would finally get the body I’ve always wanted without having to do all the prep and cooking work.

I would probably own a ridiculous about of dogs from volunteering at the shelter and all of those dogs would only know love and luxury.

Share0Tweet0Email0
Posted in in my brain